Heron (or Hero) of Alexandria (Greek : Ἥρων ὁ Ἀλεξανδρεύς) was an ancient Greek mathematician, physicist and engineer who lived around 10–85 AD in Alexandria, Egypt, at that time part of the Roman Empire.

He taught at the museum of Alexandria where he wrote many books on Mathematics, Geometry and Engineering. Heron’s writings in mathematics and mechanics reveal that he was practical by nature, often using ingenious means to attain his goal, such as his design for war catapults and various simple mechanisms for lifting weights that used compound pulleys and winches, levers and wedges.

Heron was also precise in dictating the types of materials that should be used to make the machine function properly and his ideas were expressed with clarity. He designed several mechanical devices to simulate wonders in temples, such as a coin-operated holy water dispenser, statues that pour wine, a device for opening temple doors using heat and water power and a device attached to the temple doors which made a trumpet play when those doors were opened.

Among his most famous inventions was a wind-wheel, constituting the earliest instance of wind harnessing on land. He became famous though for documenting the first steam-powered engine, called an aelolipile.

The main works of Heron were published in 5 volumes by the publishing house Teubner in 1903. Among them, the most well-known related to engineering are: 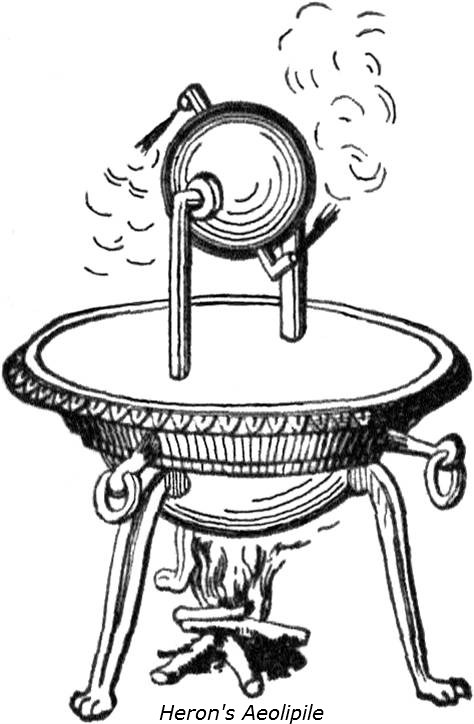